OR START AT NO EXTRA COST AS AN ELITE SUBSCRIBER

The benefits of regular activity are not limited to our physical health; they are also significant to our mental health and wellbeing. As a PT you will most likely develop a long term relationship with your clients where you see them on a regular basis. Invariably there will be times when your client is facing challenges in their lives that will impact their mental health and wellbeing.  Being able to recognise these, adapt your approach or refer when necessary are vital skills for any PT.

This course is part of the Personal Trainer Masterclass Series, containing six individual Masterclass courses, each exploring overarching principles around key areas of exercise science that are critical to consider as PTs. For each client group, you will be given recommended protocols for:

As you progress through the six Masterclasses, you will observe common themes and philosophies that underpin specific client groups. Building knowledge in these consistent areas will ensure you form a strong foundation to train your clients with every confidence, and be able to cater to their unique needs. 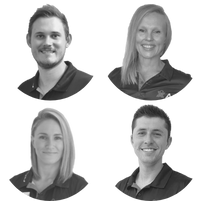 Brodie is a Strength and Conditioning coach with 8 years of experience working in both Elite and Semi-Professional sport. Brodie’s career has seen him work as an Exercise Scientist at the Brisbane Roar Football Club for a number of years before developing and heading an entire Sports Science Department at the Brisbane Strikers Football Club owning the position of the High-Performance Manager. In recent years, Brodie has owned and operated his own strength & conditioning business – Performance Evolved, where he works with a number of youth and adult athletes to improve their athletic ability.

In addition to Brodie’s work within sport, he has passionately worked as a Lecturer at the Australian Institute of Fitness assisting in developing the next wave of Personal Trainers ready to make their mark on the industry. Brodie’s current role as National General Manager of Training has seen him oversee the development of course curriculum that will help shape thousands of Personal Trainers in their fitness careers.

Kate began her fitness journey in 2004. After graduating at the Australian Institute of Fitness, she immediately secured a role as Gym Manager on a luxury cruise liner sailing the Mediterranean and the Caribbean for eight months. This was an incredible opportunity for Kate to hone her fitness skills, and on her return, she secured the role of PT Manager at Fernwood Brisbane City. In addition to a busy PT schedule, during this time Kate also taught yoga, pilates, freestyle aerobics and group cycling. Keen to develop her business skills, Kate then went on to work as a Sales and Marketing Manager for Creative Fitness Marketing for almost three years, working in over a dozen different gyms around Australia and travelling internationally several times. After that stint she started her own personal training business and soon became a Coach at the Australian Institute of Fitness. She is passionate about Russian Kettlebell Training and represented Australia in Girevoy Sport at the World Championships in Dublin in 2015. In addition to her Executive Role at the AIF, Kate coaches a small group of PT clients on their fitness journey and instructs LesMills RPM every week. Kate is grateful to have had such a varied and exciting career in fitness, and loves managing the passionate team that helps our graduates begin their own amazing journey!

Ellyn is a qualified Exercise Scientist with a background in youth Strength and Conditioning. She holds a Bachelor degree in Science and a Bachelor degree in Exercise and Sports Science from UQ. She has previously worked as a Strength and Conditioning Coach for Academy level athletes at the Brisbane Lions Football Club. She continues to work in a casual 1-on-1 capacity with her own PT clients with a range of different goals, from body composition goals to recreational endurance athletes.

In addition to her S&C experience, Ellyn works as a National Online Coach at the Australian Institute of Fitness. Here she lectures and provides support for new Personal Trainers entering the industry.

Following the completion of his University studies, Jess gained mentorship and subsequent employment under high-performance manager Lachlan Wilmot at Athlete’s Authority, a leader in private sector athlete development. During this time, Jess was the given role of assistant Strength & Conditioning coach for the Gordon Rugby Club. Alongside the work of the other coaches and multiple players, Gordon went on to win the Henderson Shield and the Shute Shield a year later.

Following his departure from Athletes Authority and Gordon Rugby, Jess became a Fitness Coach at the Australian Institute of Fitness, working out of both Sydney campuses.

Jess now resides in the Northern Territory and is a National Coach with the AIF COLT’s online learning team. He operates a private Strength & Conditioning business, Hunter Performance Coaching and plays representative basketball in the DBA.

Ready to start learning? Click below to get started.